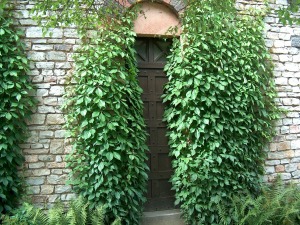 When we hear this word “hele” for the first time, I think most of us think it is a bit like ‘hailing’ a cab.   Some of us may not even know what we are saying when we are asked to recite our initial obligation.  I think a lot of Masons struggle with the pronunciation of this word as it is not in the common vernacular and pronounce it in varied ways.  Often we hear it pronounced as “Hail”,  to rhyme with ‘mail’, or ‘male’.  Other times people pronounce it so it rhymes with “meal”.  Sometimes I have heard it pronounced “hell”, that fiery place where we don’t want to be caught.   (In fact the two words “hell” and ‘hele’ have a similar root, more on that later.)  Since the word is so ancient, and our language is had gone through many variations, such as the great vowel shift (‘meat’, as in steak, pronounced ‘met’) we may never know.  That in addition, early phonetic spelling may always keep it a secret.  The closest we have to an answer is Wrights Dialectic Dictionary from around 1900, which gives a number of different spellings, included under titles such as ‘heal’.  OED shows that it should rhyme with ‘meal’.

The Cooke manuscript shows the first use of ‘hele’ iin around 1400.  “…he can hele the councelle of his felows in logge…”  Prichard (1730) is the first to show the combination we are more familiar with today, “I will Hail and Conceal, and never Reveal…”

Once the United Grand Lodge of England was formed, they also faced issues that different areas were pronouncing the word differently and directed that it should be standardized.  At the time it was frowned upon and forbidden to write the ritual there aren’t many notes.  George Claret, however, wrote in 1844 in his Masonic Gleanings that under unification the new Grand Master re-obligated each of the Masters of the Lodges and encouraged them to go back to their respective lodges and do the same.  He used the EA obligation and when he came to the word “Hele”, he paused and said “hail”.  However in 1861 the same subject came up and was said to refer to a town called “Hele”, pronounced “heel” like the Anglo-Saxon word.  And confusion continued.

So what about the root word connection to Hell?  (Stay with me on this and don’t freak out.)  The proto-germanic word “halja” means “one who covers up or hides something.” [2]  Proto-germanic language itself is the precursor to Anglo-Saxon, English, and all of the Germanic languages.  It is interesting to note that in Norse Mythology, “Hel” (spelled with one “L”), was the daughter of Loki and Angrboða, a giant [4], is depicted as having skin that was “half white and half black”. [3]  She was appointed by Odin to watch over the underworld called “hel” or Niflheim.  This was a place called out in Richard Wagner’s Ring Cycle operas and was reserved for those who didn’t not live a noble life, or were not heroic.  The root word is “nifil”, which means “fog” or “dark”.  (As a side, Richard Wagner wasn’t a Mason but wanted to be and had Masonic influences in his life.  Freemasonry shows in many of his works including Parcifal. [5])

Although all of these facts about Hel are interesting, the most suggestive to me is that she was also responsible for trying to resurrect Baldr, the son of Odin and Frigg.  Baldr was considered the god of purity and light in Norse Mythology.  (Equally interesting is the connection between Saeo hel in the Gospel of Nicodemus and Hel herself where she exchanges insults with Satan. [5])

So why these acrobatics of language and words?

Well, I don’t necessarily think that the Freemasons of old chose the word to point at a gnostic story about exchanging insults with Satan, that was just interesting to me.  I also don’t think that there is a lot of Norse mythology bound in our ritual.

The real reason is because it is part of our job as Masons.  We are instructed to consider the first of the Seven Liberal Arts and Sciences, which is: Grammar.  Grammar teaches the proper arrangement of words according to the idiom or dialect of any particular people, and that excellence of pronunciation which enables us to speak or write a language with accuracy, agreeably to reason and correct usage.  As Daniel Sickels puts it: [Grammar] is the key by which alone the door can be opened to the understanding of speech. [6]

The Gospel of Nicodemus, or Acts of Pilot http://folk.uio.no/lukeb/books/apocrypha/Gospel_of_Nicodemus.pdf. Retrieved 4/9/2014.

adopted from presentation in April 2014